Congratulations to the Members of IATSE Local 873 on our 60th Anniversary! 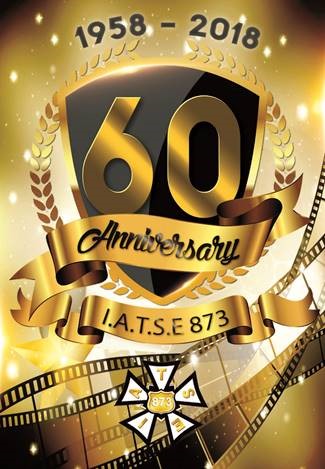 In Toronto, prior to 1958, I.A. filmwork was handled by sister Local 58. They crewed television series like Tugboat Annie and The Last of the Mohichans. Local 58 therefore provided the core of what was to become Local 873.

Early in 1958, brothers William White Sr., Bill Finch, and Roy Culley applied to the International Office for a separate film charter. This was granted and the charter was issued June 1, 1958 and signed by then International President Richard F. Walsh. It gave the new Local 873 bargaining rights for all aspects of the film industry in Toronto including television commercials, documentaries television series, and features.

The new local had its offices at 515 Jarvis Street. Spur of the moment meetings called by Business Agent White, resulted in a dues system based on a percentage of gross weekly pay and soon it's first contract characterized the early days.

In the fall of 1958 work began on 873's first television series Cannonball. This series was filmed at Lakeshore Studios and lasted about 26 weeks until May 1959. Next came our first feature contract and the filming of the movie Hudson's Bay at the newly built Toronto International Film Studios at Kleinburg. This film was completed in October 1959. 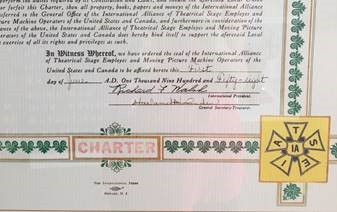